Dr. Rosenwaks, a member of the Weill Cornell Board of Overseers, is the Revlon Distinguished Professor of Reproductive Medicine and professor of Obstetrics and Gynecology at the Medical College. His passion to inspire the next generation of physician-scientists has earned him numerous accolades, including Weill Cornell's Award for Teaching Excellence.

Dr. Rosenwaks is internationally renowned for his pioneering work in reproductive endocrinology and assisted reproduction, developing the first egg donation program in the nation. He is director and physician-in-chief of the Ronald O. Perelman and Claudia Cohen Center for Reproductive Medicine at NewYork-Presbyterian/Weill Cornell, which, under his direction, has been responsible for the birth of more than 17,000 babies to date through in vitro fertilization. The Center has a 73 percent success rate and is among the best infertility programs in the world. The center's clinical staff and research opportunities also make the Weill Cornell Reproductive Medical Program one of the most sought-after fellowships in the nation. 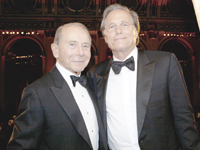 "He is considered the world leader in the field of reproductive medicine, and he very much values his ties to the college because he is the quintessential physician-scientist," said Dr. Laurie H. Glimcher, the Stephen and Suzanne Weiss Dean of Weill Cornell Medical College. "He wants to translate bench to bedside and bedside to bench, and that's what he's done."

"We're a great academic medical center," added Dr. Steven J. Corwin, CEO of NewYork-Presbyterian Hospital, "bringing bench to the bedside, and nobody personifies that more than Zev, pushing the frontiers of science, really understanding so much about basic research and yet translating that into bringing healthy babies into to the world. What could you have that would be more special than that?" 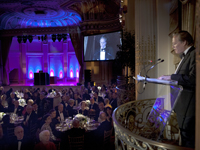 The Greenberg Award, established in 1981, consists of a $50,000 grant made possible through an endowment from Maurice R. Greenberg and the Starr Foundation.