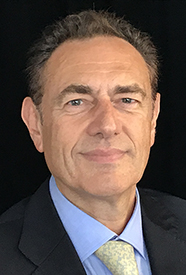 Dr. Palermo was the first to describe intracytoplasmic sperm injection (ICSI), a solution to complete and unexpected fertilization failure with in vitro fertilization and male factor infertility, in 1992. Since then, it has become the most utilized assisted reproductive technology in the world.

Dr. Palermo lectures both nationally and internationally and has authored or co-authored over 150 peer-reviewed manuscripts, over 30 book chapters, multiple textbooks, and over 440 abstracts presented at congresses across the world. He also serves as a reviewer for multiple high-impact journals, including The Lancet, Nature, Fertility and Sterility, Reproductive Biomedicine Online and the Journal of Assisted Reproduction and Genetics where he has also served as an editor.

Dr. Palermo specializes in the assessment and treatment of the infertile man, including sophisticated, non-traditional sperm preparation techniques and the correction of fertilization failure.